Scenes From A Zipless Recovery

November 7, 2009 / Lucinda / Comments Off on Scenes From A Zipless Recovery The recession is ending, no more worries, sorry for the inconvenience.

Your BFFs  on Wall Street

As the national economy starts its slow recovery, 11 states and the District of Columbia are showing signs of emerging from the recession, according to a new report. (from Moodys Economy.com via Stateline)

Moody’s also estimated that the national recession ended in August, although the National Bureau of Economic Research, a private research firm that calculates the official dates of recessions, has yet to declare the end of the current downturn.

But let’s just bear in mind where that rose colored pronouncement came from– according to a report from McClatchy,

The Securities and Exchange Commission issued a blistering report on how profit motives had undermined the integrity of ratings at Moody’s and its main competitors, Fitch Ratings and Standard & Poor’s, in July 2008, but the full extent of Moody’s internal strife never has been publicly revealed.

Translation:  I’ve got some swamp land in Florida for sale.  Well actually I don’t but can you blame me from trying to sell it to you anyhow.  If you want a more  honest take on the view from the top of the economic pecking order, this refreshingly honest commentary from a Goldman Sachs executive is probably more to the point:

“The injunction of Jesus to love others as ourselves is an endorsement of self-interest,” Goldman’s Griffiths said Oct. 20, his voice echoing around the gold-mosaic walls of St. Paul’s Cathedral, whose 365-feet-high dome towers over the City, London’s financial district. “We have to tolerate the inequality as a way to achieving greater prosperity and opportunity for all.” (Bloomberg)

Meanwhile, down the block on Main Street,  recovery NOT is still a happening event:

one out of every six workers — 17.5 percent — were unemployed or underemployed in October. (New York Times)

For black teens nationwide, the rate was 40.8 percent in September. (Chicago Tribune)

40.8%…just roll that number around in your brain for awhile. Then consider this:

U.S. companies increased their output in the third quarter even as they slashed working hours, driving productivity up at a 9.5% annual rate in the quarter, the Labor Department estimated Thursday. …

If you look in your Berlitz for Wall Street-ese, that translates to, ‘we worked harder for less hours to make more stuff which we can afford less because we
earned less or worse yet, lost our job. And here’s a little conjugation of the screw you verb translation above,

Credit card companies are rushing to increase interest rates to historic highs of more than 30 percent, cut credit limits, and add new fees, even for customers who pay their bills on time. (Boston.com)

And then there is the pesky matter of health care and the ‘reform’ that is supposed to  cure it:

According to research by the John Hopkins Children’s Center, an analysis of 23 million hospital records from 37 states shows that a lack of health insurance likely played a role in the deaths of nearly 17,000 U.S. children over a 17-year period. (Denver Post)

One wonders if “children not covered” is a line item in annual reports by insurance companies which just had a VERY profitable quarter:

Don’t know about you, but I sure the hell can’t sleep at night with that.  And lastly, give a big cheer for the ever so Gross Domestic Product that rose a “better than expected” 3.5% in the third quarter.  And here is one reason:

Billed as a way for the government to put more fuel-efficient vehicles on highways, the popular $3 billion Cash for Clunkers program mostly involved swaps of old Ford or Chevrolet pickups for new ones that got only marginally better gas mileage, according to an analysis of new federal data.

The single most common swap — which occurred more than 8,200 times — involved Ford F150 pickup owners who took advantage of a government rebate to trade their old trucks for new Ford F150s. They were 17 times more likely to buy a new F150 than, say, a Toyota Prius. The fuel economy for the new trucks ranged from 15 mpg to 17 mpg based on engine size and other factors, an improvement of just 1 mpg to 3 mpg over the clunkers.

The overall mileage increases over the clunker fleet represent a decline of 1.87 million tons of carbon dioxide per year, based on families driving an average of 12,000 miles, a yearly savings equivalent to the amount of carbon dioxide spewed in the U.S. in just 2.5 hours. (AP)

(Note–To get a further idea of just how absurd this program was, during the Cash for Clunkers program, I traded in my 10 year old van that was beginning to have significant problems  for a car that gets much better milage.  However since my van officially got  19 mph, I didn’t qualify for the program, even though my new car is far more efficient than some of the trucks and SUV’s that qualified for the rebate.  And while it gave a huge short-term boost to auto sales, it is doubtful that will have a long-term impact and the more important question is why boosting the auto industry without a significant change in transportation policy is appropriate in the first place.  Yes jobs are at stake, but this kind of short-term thinking is not going to save those jobs in the long run.)

Most of that rise was the result of government subsidies to car-buyers and first-time house buyers. It was a one-shot stimulus that pushed forward spending, but it was no indication of a recovering economy, just a spasm of spending using taxpayer money. Furthermore, an excellent article in Businessweek by Michael Mandel noted that fully one-percent of that GDP gain was the result of a failure by government economists to account for a collapse in corporate spending on research and development and on training and retaining intellectual assets (a complicated way of saying that engineers, scientists and technology workers were being laid off at a higher rate than other workers, and much R&D work was being shipped overseas for good), So really the “growth” of GDP in the third Quarter should have been at a 2.5% rate, and even that was largely government pump priming, not recovered economic activity.

So what to take away here?  First of all, let’s quit using the DOW as a measure of how things are.  As Lindorff points out apropos of the oft repeated ‘wisdom’ that employment is a lagging indicator,

High and pro-longed unemployment leads to reduced demand for goods and services, and to a psychology of fear and consumer withdrawal. Once people feel that they aren’t going to find a new job soon, and once those who still have jobs feel that their employment is not secure, they no longer buy things except what they absolutely need. And in an economy where fully 72% of economic activity is consumer spending, that is no longer a “lagging indicator.” High, prolonged unemployment becomes a causal factor in the economic downturn.

In other words, sooner or later (and I’m betting on sooner), there is  going to be major blowback on Wall Street.

In our current  economic system, the official barometer of whether we are economically healthy or not is based primarily on the health of corporate citizens, not human ones.  Don’t have insurance, a job or a house? No worries, the market is up.  Which really should give us pause to think that maybe, possibly, we are measuring the wrong stuff.

As all of the above should certainly serve to illustrate, the current discourse on the economy is delusional.  If we are  truly to ‘recover’ in a meaningful way, we will need to re-define what we consider as economic well-being. Imagine how our policies might be different if, as Riane Eisler suggests, we measured the value of caring.   Or if we gave to meet needs instead of assuming the necessity of an exchange of goods as Genevieve Vaughan suggests.

And while I am not going to address it in depth here, any sustainable economic policy must also take into account and be responsive to the issues of climate change and global warming.  We cannot continue to degrade the planet at will and we need to take immediate steps to address the changes that are already happening.

Until we make those paradigm shifts in the way we think about the economy, the rumors of its recovery should be considered as the poppycock that they are.

Postscript–Lest there is any doubt–the title of this post traces it’s origins to Erica Jong’s Fear of Flying, 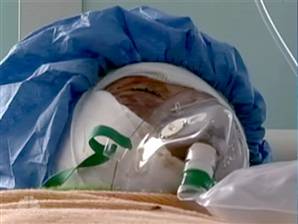