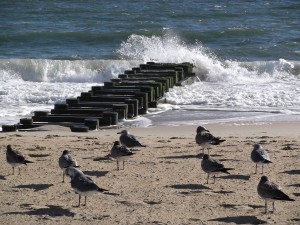 On a recent trip to the Delaware shore, I was struck by the jarring notion that in the not so distant future,  the sandy beach where I was walking would be reclaimed by the ocean.  Although the weather was chilly, I took off my shoes–I needed to feel the cold, wet sand beneath my feet.  Each step became a possible goodbye.

Our relationship with water is changing drastically.  For years we have read about terrible droughts in Africa, floods in Bangladesh, melting glaciers in the arctic and about how our waterways are becoming polluted. Events where water–too much of it, too little of it, and the compromising of its pristine health occur are becoming more and more common:

That, unfortunately is only the prelude of what is to come. It should be all too clear that we need to immediately change the way we think about this precious resource and take immediate action to protect and conserve water, and practice realistic land use policy in areas where there is drought and along our coasts where impending inundation is a given.

But with the gridlock and sellout of our body politic, that is unlikely to happen.  And if it doesn’t, the taps will run dry, our homes will be underwater and there will be inadequate potable water. A grim (and unsurvivable) future indeed.

Many years ago, I had the privilege of attending a water blessing along the banks of the Ohio River conducted by a group called the
International Council of 13 Indigenous Grandmothers,

The truth is our Mother Waters is dying and we are dying with her. However, in this gloomy situation is indeed a message of hope. For our Mother Water shows us that she is dirty because something is wrong with our humanity. She has, and always has, become a mirror to our souls. The simple act of blessing the rivers in fact makes a beautiful re-connection back with all that is life. You do not abuse something you have created a respectful relationship with.

We pray that our Mother Waters in all her forms celestial and physical continues to nurture and guide us. May she continue to run clean so that we and all life can be sustained. We ask for blessings for and from Mother Ganga River, Mother Osun River, Mother Mekong River, the Jordon River, the sacred Catawba River and the many more. We pray that there is healthy clean water for the next seven generations.

We would do well to heed their wisdom. 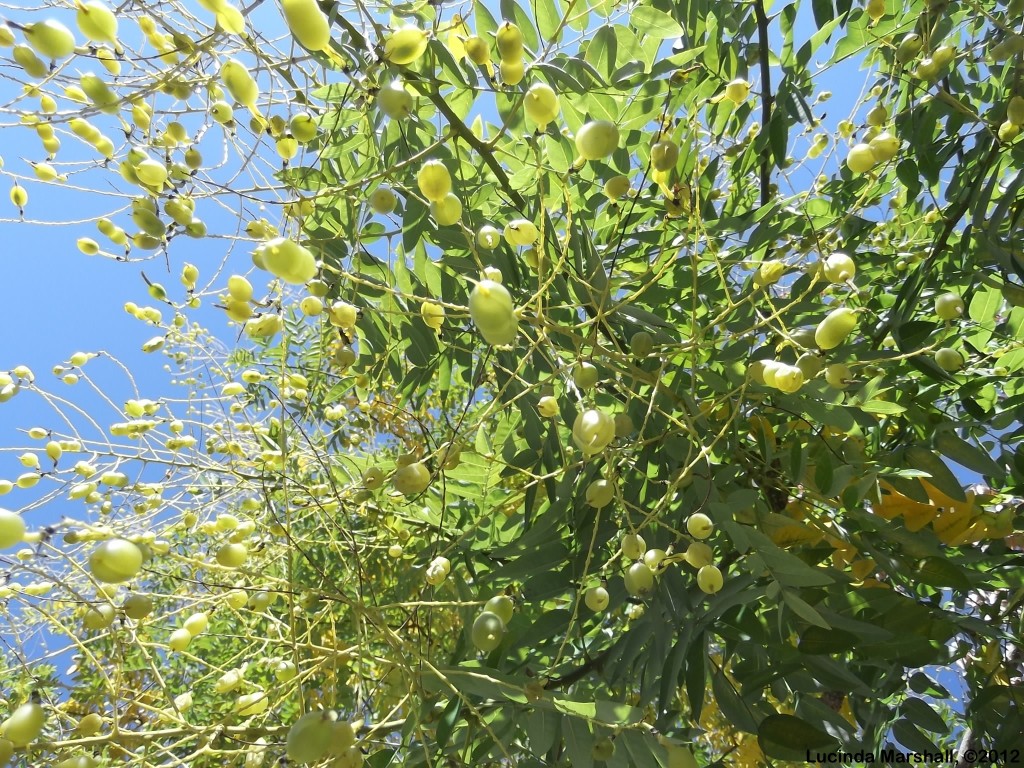 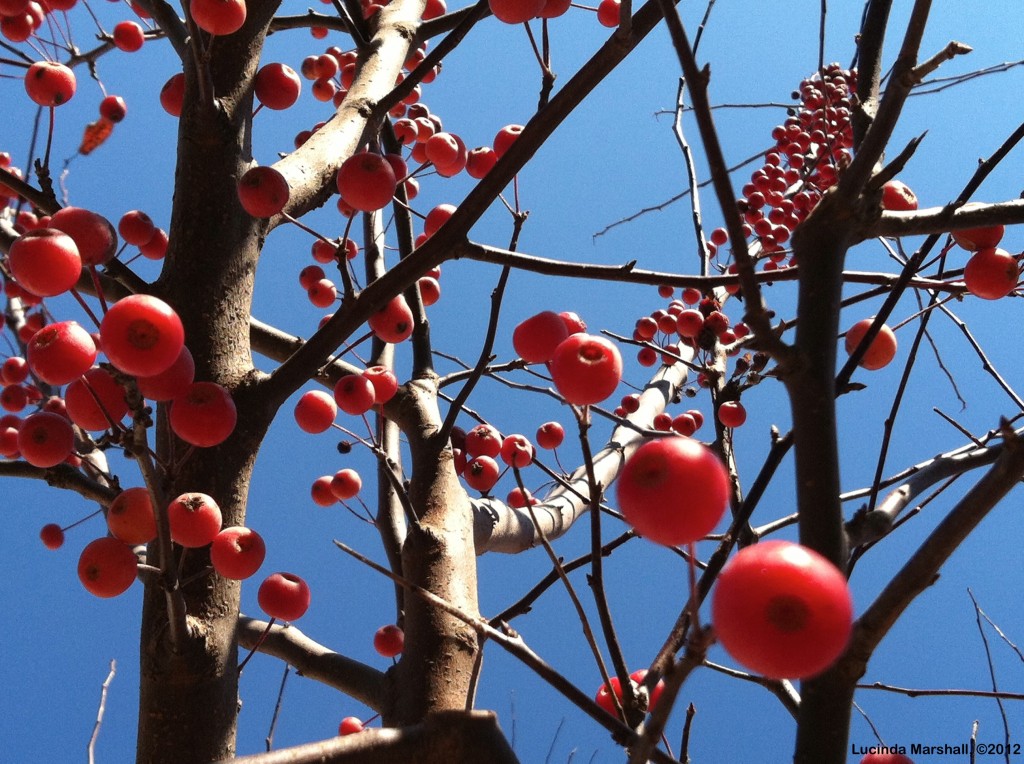 November 1, 2012 / Lucinda / Comments Off on Will We Drown In Denial Or Face The Sea Change of Climate Reality

Of all the searing images in the aftermath of Hurricane Sandy, the one that I find most disturbing is this picture of the guard at the Tomb of the Unknown Soldier which remained throughout the storm at great personal danger. That we must honor our military dead even at the risk of completely unnecessary loss of life speaks volumes about our priorities in this country.

I rarely watch cable news, but I found myself obsessively switching between a local news channel, CNN and The Weather Channel for much of the storm.  There was much valuable and urgent information shared although much of it looked like a contest between reporters to see who could report while standing in the deepest water and stay standing (and I absolutely need to say that throughout the storm, I consistently found critical information being disseminated on Twitter well before I saw it on television). But not once did I hear any mention of the many nuclear power plants in the storm’s path, or a discussion of what to do if your house is flooded with toxic waste or the lack of plans to protect oil and gas facilities. No analysis of what climate change denial and inaction has cost us.

Nor was there mention of the fact that we’ve known that storms like this have been an event waiting to happen.  Instead, as I pointed out a few days ago, we have continued to beat the drum in the fight against “terrorism”, pouring billions of dollars into destroying other countries, killing innocent civilians and creating conditions in which terrorism ferments and while we’re at it doing an ace job of brainwashing ourselves into being perpetually paranoid and terrified while at the same time allowing the infrastructure of our own country to go to hell.

As Chris Mooney pointed out in Grist, NASA warned about an event like Sandy in 2006:

Scientists at the NASA Goddard Institute for Space Studies in New York have been studying that city’s vulnerability to hurricane impacts in a changing world, and calculated that with 1.5 feet of sea level rise, a worst-case-scenario Category 3 hurricane could submerge “the Rockaways, Coney Island, much of southern Brooklyn and Queens, portions of Long Island City, Astoria, Flushing Meadows-Corona Park, Queens, lower Manhattan, and eastern Staten Island from Great Kills Harbor north to the Verrazano Bridge.

And of course, that wasn’t the only warning.  WE KNEW IT COULD HAPPEN.  And we did nothing.  As a result we are now contending with this:

The New York system, although there are some components that have been upgraded over the years, has a lot of antique components where the vendor has been out of business for 50 years. (emphasis mine)

And then there is this from NRDC’s Amy Mall:

Under the Clean Water Act, there is something called the Spill Prevention, Control, and Countermeasure (SPCC) rule which includes requirements for oil spill prevention, preparedness, and response to prevent oil discharges to navigable waters and adjoining shorelines…Sounds like a no-brainer. But in Fiscal Year 2011, EPA officials visited 120 sites oil and gas development sites and found 105 were out of compliance– 87.5%…Almost every single oil and gas site inspected lacked a mandatory spill prevention plan meant to protect our rivers and streams. (emphasis mine)

Internet, cable and phone services were also significantly disrupted and yet two days later with thousands of people still without access, I heard a report of a FEMA official telling people to file claims on the internet.  And he expects people who are stranded in flooded buildings to do that how?

…The best officials could do was urge residents to steer clear of the contaminated waters.

Incidentally, they sent that warning out by email.  To people who obviously were going to have trouble accessing their email.

The storm also precipitated numerous problems at various nuclear power plants, all of which are aging quickly past the lifespans they were designed for and some of which are the same design as the Fukushima facility in Japan,

Meanwhile, rising waters along the Barnegat Bay prompted officials to declare an “alert,” the second-lowest in a four-tiered warning system, at Oyster Creek in New Jersey…

…NRC officials reported that other plants continued operating but reduced their electrical output as a precaution, including the Millstone plant’s Unit 3 reactor in Waterford, Conn., Vermont Yankee south of Brattleboro, Vt., and both reactors at the Limerick nuclear plant about 20 miles northwest of Philadelphia. The storm also appeared to knock out emergency sirens used to notify residents who live near the Oyster Creek and Peach Bottom plants in Pennsylvania, according to NRC reports. (emphasis mine)

These are the kinds of issues we need to confront if we are to stand a prayer of survival.  They aren’t theoretical or in the future.  They are real and they are right now.  We need to see this as literally the moment for a sea-change in attitude.  It is not acceptable for the media to continue to ignore climate change,

Last year at least 7,140 journalists and opinion writers published some 19,000 stories on climate change, compared to more than 11,100 reporters who filed 32,400 stories in 2009, according to DailyClimate.org…

…Particularly noticeable was the silence from the nation’s editorial boards: In 2009, newspapers published 1,229 editorials on the topic. Last year, they published less than 580 – half as many, according to DailyClimate.org’s archives.

And it is not acceptable for our politicians to continue to chest thump  the drums of war while maintaining a deafening silence on climate change. Protecting symbols of military prowess while our cities drown isn’t honorable, it is an act of national suicide.