May 19, 2010 / Lucinda / Comments Off on Oil Stain Removal–Lessons From The Laundry Room

We’ve all had it happen–you spill a bit of greasy or oily food on your clothes and then frantically try to get it out before it stains–warm water, a bit of soap, stain remover.  But the spot is still there, and your favorite blouse is ruined.  Imagine this concept on a very grand scale…

Yesterday on Twitter,  Kate Sheppard, an environmental reporter for Mother Jones, posted the following comments by EPA Administrator Lisa Jackson regarding the oil disaster in the Gulf at a Congressional hearing on the matter:

Regarding the first statement above–there is only one itsy bitsy problem with this–we likely won’t know the harms until after it is used since obviously any sort of realistic scientific testing has not been done.  And the comments in total amount to bureaucratic doublespeak for hell if we know/we got nothing.  Which makes this morning’s announcement that BP has been given a go-ahead to use the dispersants below the surface very ominous indeed.

“Based on the scientific analysis of the EPA and National Oceanic and Atmospheric Administration and review by the National Response Team, it has been determined that the use of dispersants at the subsea source is the prudent and responsible action to take along with other tactics including surface dispersant, skimming and controlled burns,” said Coast Guard Admiral Thad W. Allen, the spill’s national incident commander…

…to safeguard nearshore areas from any dispersant-related harm, these chemicals may not be used within three miles of the U.S. coastline or where water is less than 10 meters deep.”

Really?  Did someone tell the dispersant to stay in the deep end and not even to think about surfing on in to shore.  Forgive me for not feeling re-assured.  I’ve posted a lot about this disaster in the last few weeks.  It isn’t because it is the only horrific problem facing this world, but for reasons that I can’t even verbalize, it has pierced my soul.  It wakes me at night and haunts me during the day.  William Rivers Pitt says it more eloquently than I in describing his response to this series of photos of the disaster from the Boston Globe:

“I’m beginning to believe I have lost the capacity to weep. 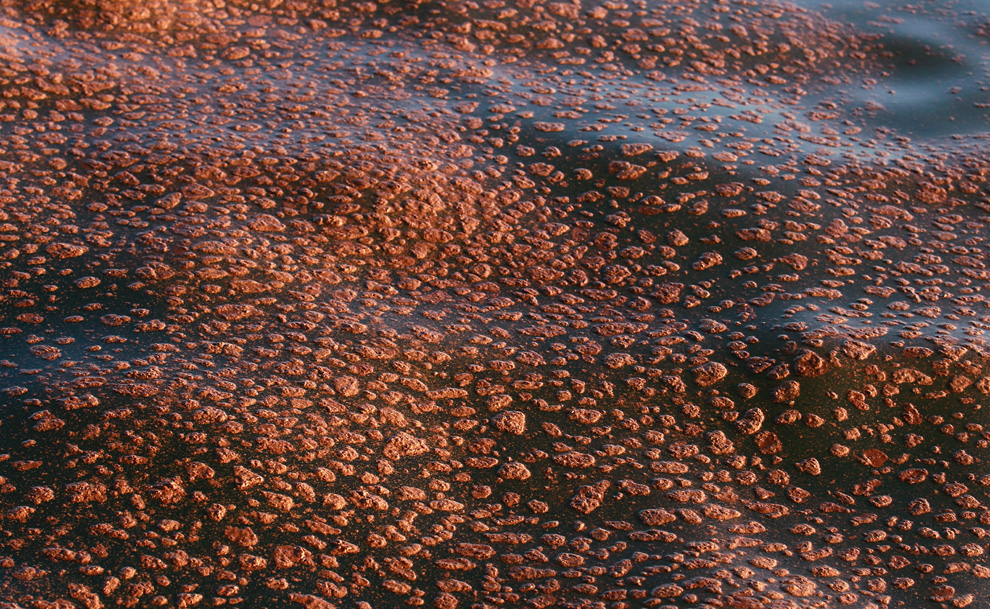 We’ve been through so much in the last ten years. So much damage has been done in so many places and in so many ways. Millions of people have died in wars and acts of terrorism, of disease and starvation and neglect and atrocity. Our Constitution has been ravaged, our economy pillaged, New Orleans was shattered and Detroit has been left to rot. The Supreme Court sealed the deal and made us all slaves to the corporate ethic, which scantly exists beyond a profit motive devoid of morals or genuine patriotism.

But something in those pictures makes me feel worse than I have in a long time, even after encompassing every other horror we have endured. I can’t explain why; worse things have happened than this Gulf spill (maybe), but my heart hurts and my gut feels hollow when I look at the pictures, and I cannot weep.”

In the end perhaps it comes to this–you can always buy a new blouse, but when the ocean is ruined, it cannot be replaced.