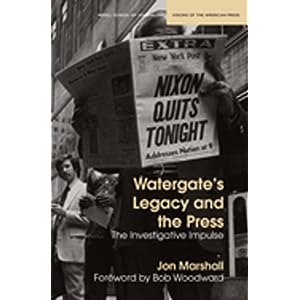 And That Was The Day That Was–Monday Edition

March 21, 2011 / Lucinda / Comments Off on And That Was The Day That Was–Monday Edition

Epic Days are becoming far too common place, and not in a good way.  From today’s headlines–A no fly zone in Libya that seems to be taking out about as many civilians as targets in order to support rebels of uncertain political aspirations (perhaps on the assumption that they could hardly be crazier than Gaddafi and dammit, we need that oil).  Memo to the good people of Sudan, Ivory Coast and other places where innocent civilians are under siege–sorry, your lives aren’t worth jack unless you’ve got something we want.

And while everyone is totally distracted, Israel starts in on Gaza again.  Meanwhile existing home sales skidded, well actually nose-dived would be a better adjective, the NRC says no changes needed in the U.S. nuclear program while the Japanese figure out how to deal with radioactive lettuce and milk and still smoking reactors not to mention the significant percentage of their country that just got trashed by Mother Nature.

The World Bank says no worries though, the Japanese disaster won’t have a long term effect on the global economy. Oh and trophy pictures have surfaced of U.S. soldiers gloating over dead civilians in Afghanistan, which couldn’t possibly be true because Abu Ghraib was just a few bad apples.

I probably missed a few things, but truly that is enough, and that was just today.  Dear ones, we cannot continue like this.  Kurt Vonnegut warned us about becoming what we pretend to be.  But we seem hellbent in doing just that and it is a very sorry sight.

Early Saturday evening I decided to just ignore the fact that President Obama decided to start another war on a weekend after we’d just spent a week being totally traumatized by the disaster in Japan. I mean really? This couldn’t have waited until Monday? So I selfishly took two hours off to watch a cheesy movie without my laptop at my side. I know, you can see this coming– the second the credits are rolling I tune back in and bam! Now we have an oil slick too? I need to join a union, didn’t they bring us weekends?

But let’s go back to that morally uplifting idea of helping the Libyan rebels by enforcing a no-fly zone because the dude in charge is bombing his own people. Yes, I’m all about supporting people who are overthrowing dictators. Especially dictators that are bat-shit crazy. But guess what–that isn’t why we’re there and anyhow, we bomb innocent civilians all the time–think Afghanistan and Pakistan. If it  actually was the reason why we’re now lobbing missiles, don’t you think maybe we might have possibly put in an appearance in other countries with violent ruthless leaders? The Congo and Sudan come to mind. Burma, Indonesia Uganda. I could keep going.

And doesn’t this sound scary familiar–shouldn’t take too long we’re told, it’s about taking out strategic targets, not bombing civilians. Oh yeah and there is an Al Queda connection. Only a matter of days until we’re there to rescue women too. But guess what, it’s not about that either–the reason we are really there–one word and it isn’t plastics–OIL.  Oil that we lust after that has the unmitigated chutzpah to be under their sand.

But hey it’s March, how are your brackets working out? We now return you to your regularly scheduled reality show.

Rant over, feeling much better and looking forward to whatever tomorrow’s crisis du jour might be.

I went for a walk this morning. The sky was clear and the birds were chirping, trees were beginning to show their buds and flowers peeped up from the earth.  I thought about Rachel Carson and her warnings about pesticides because as the temperatures warm, the annual obsessive quest for the perfectly green lawn will begin in suburbia.  And when rains like those that we had last week come, they wash those pesticides into the mighty Ohio River that flows near my home.  I thought about the honeybees that used to be so plentiful and are now largely absent, pesticides likely play a large part in the reason for their dying off.

And I thought about my Grandmother, Lenore Marshall, who devoted much of her work to stopping nuclear power.  She campaigned against the nuclear testing in Amchitka, Alaska where there is now a huge column of radioactive test material below the surface of the ocean in a place where we now know that the earth could easily shift and if it does, it is quite possible that toxic material will be unleashed into the ocean.

I cut my own activist teeth protesting the building of the Palo Verde nuclear power facility outside of Phoenix several decades ago because nuclear power is not safe or cost-effective.  It wasn’t then.  It isn’t now.  There is no such thing as a safe amount of radiation.  Radiation load is cumulative in the human body, so while an individual does may be low, it has to be considered in the context of other radiation exposure that you have experienced.  The other thing to consider is that radiation is, for all practical purposes, forever.  There is no safe way to dispose of it, which is why no self-respecting community in this country wants a nuclear waste dump built in its backyard.

As the nuclear disaster in Japan has been unfolding, I cannot count the number of times I’ve heard reassurances that necessary steps are being taken and that we should not worry unduly, that it is unlikely that even if these nuclear facilities melt down, the plants are designed so that large amounts of radiation won’t go into the air like it did at Chernobyl.  Even if that is true, and given that what is happening is so far off the charts of what we know from experience that that is questionable, the radiation has to go somewhere and the chances of it safely being contained aren’t good.  And it is still a huge problem if it goes into the ground or the ocean.

If you talk to residents of the Gulf Coast, they will tell you that never mind the official cleanup stories, the problems continue, dolphins are washing up on shore dead and people are suffering terrible health problems.  Ask the people who live near Three MIle Island or Chernobyl about the long term issues they have experienced.  Talk to people who live near Love Canal or the coal ash ponds in Tennessee.  There is a long, long history of covering up the long term impacts of man-made environmental disasters. And we would be naive to expect that not to happen with the disaster that is unfolding in Japan.

There have been so many environmental wake up calls since Carson wrote her seminal book.  But we humans have not heeded those calls and we are beginning to pay the price more and more often.  We couldn’t afford not to listen to Carson and the many other truthtellers who have tried to warn us, and we cannot afford to gloss over the catastrophic nature of what is happening in Japan.

Here in the U.S. the first thing we need to do is immediately stop including nuclear power as part of our long term energy strategy and start looking at shutting down the plants that we have.  That won’t make them safe, nothing can do that, but it will make them less dangerous.  And we need to remember that some of those plants are built near major fault lines, just as they were in Japan.  The peril of the same thing happening here is very, very real.  We won’t get that leadership from President Obama and we won’t get it from John Boehner who was waxing poetic about nuclear power just last week.  It is up to us to speak truth to power, and we have no time to spare.