Have An Individual Health Insurance Policy And Pre-Existing Conditions And You Want To Move? Good Luck With That.

I recently moved from Louisville, KY to the Washington, DC area.  When you move, a certain amount of hassle is to be expected with such things as phone and cable service, getting new license plates, etc.  In the end those tasks all got done.  Moving my health insurance however, not so much.

The following is the letter I am sending to the appropriate elected officials in Kentucky and Maryland as well as both states’ insurance regulatory agencies and Blue Cross Blue Shield as well as health insurance reform advocates.  It documents the infuriating, scary, time-consuming and unconscionable experience I have had trying to move from one state to another without losing adequate health insurance.  When I receive responses, I will post them as well.

I recently moved from Louisville, Kentucky to the Washington, DC area to better facilitate my work as a political activist and writer.  For a long time, I was afraid to make this move because of the risk of losing my health insurance, an individual policy through Anthem Blue Cross Blue Shield. Due to several health problems, I was afraid I would not be able to obtain insurance elsewhere.  Yes, there are now high risk pools but the Federal pools require that you be uninsured for six months before you qualify and obviously that would be a substantial risk if you have a major illness or accident during that period.

Then I found out that Blue Cross has an arrangement called an intra-association transfer group conversion which means that the Blue Cross company wherever you live has to offer you an insurance plan that does not require going through underwriting although it may have less benefits and cost more.  Armed with that information, I wanted to find out what coverage might be available to me depending on if I lived in the District or in a suburb in Maryland or Virginia.  Even though I’m a writer with more than passable research skills, I could not get anyone at CareFirst, the Blue Cross company for the DC metro area to give me that information.  The Sales Department wouldn’t talk to me because they only handle policies that go through underwriting and Customer Service said they couldn’t give it to me until I actually transferred my policy.

After multiple conversations and a lot of hold time, I finally called my agent in Louisville, who had always been quite good about answering my questions.  She sent me information about an HMO plan that CareFirst offered in DC that had open enrollment, no underwriting and better benefits and lower cost than the policy I had in Kentucky. I was ecstatic and relieved that I could move without jeopardizing my healthcare or financial well-being. At no point did she tell me that this was only available in DC and not in the surrounding suburbs in Maryland and Virginia or that the plan was not always open to new members.

After finding a house to rent in Rockville, MD, I was finally able to move.  When I transferred my insurance however, I got a major shock.  The policy my Anthem agent had told me about was only available in the District.  In Maryland, the policy offered me cost much more for a lot less coverage.  The terrifying part of the policy is that it has a $250,000 maximum benefit.  If you have a major disease or accident, that would be grossly inadequate.

While this policy is completely different than my old policy and written by a different company, apparently it does not have to comply with the new healthcare rules on lifetime limits.  Getting a more comprehensive policy from CareFirst  will require underwriting and when I discussed this with a customer service representative at CareFirst, I was told that because of my health, I would be denied.  What I find incredible is that I’ve been repeatedly told that because each Blue Cross is a different company, they don’t have to offer the same coverage as my old Blue Cross company did but they still can get away with offering me a ridiculously low minimum because the policy is considered to be grandfathered, not a new policy.  It is outrageous that they can get away with this.

As I understand it, once I have lived in Maryland for six months, I will qualify for the Maryland state high risk pool as long as I apply for an underwritten policy and am denied or if the policy I’m offered is more expensive than what Maryland offers in the pool which would certainly be the case with the policy that CareFirst has given me. If however I were to have a catastrophic health event before that, once the CareFirst policy was used up, my medical care could bankrupt me.

What I find the most disturbing is that the misleading information that I was given by my Anthem agent has, at least in the short run, substantially raised my health care costs.  Had I known that while CareFirst administers Blue Cross plans in the entire DC area, the plans vary substantially, I would have made sure to take that into account before choosing exactly where to live.

It is appalling that, for people who buy their own insurance on the individual market at great expense (and this impacts women the most since they are less likely to work for companies that offer health insurance), insurance companies can decide whether you can move without jeopardizing your healthcare and financial well-being.  Given my health history, it would not surprise me at all if Anthem deliberately misled me about what would be available to me to get me off their policy.

After finding out that the group conversion policy offered by CareFirst in Maryland was seriously deficient, I spent a great deal of time on the phone trying to find out what my best course of action was.  Even though they would be involve huge cost, the options as I understand it include:

I have not yet determined the best course of action; fully understanding the options takes a lot of time.  In a bizarre side note, when I called the Maryland high risk pool helpline, the woman I spoke to said that she saw that I had just spoken to someone else in her office a little while ago.  When I said that no, I had spoken to someone at CareFirst, she told me the office they worked for answered questions for both.  After asking her a few questions about the Maryland program I asked her something about the CareFirst policy.  She told me she couldn’t answer that while on the Maryland phone but if I called her at her CareFirst extension, then she could answer the question.  Given that CareFirst has de facto made it quite clear that they have no plans to sell me an adequate insurance policy, it would seem to me that there is a major conflict of interest here.

On a personal basis, I am angry and scared.  Because I work for myself and foot my own insurance bill, and because I have health problems should not be an excuse for being totally screwed because I want to move.  This would not happen if we had a single payer health plan.  It is immoral and unconscionable. When Congress was having their epic debate about health care reform, I wrote several times about the lack of attention to the problems faced by those on the individual market.  Despite all of my efforts, I am now mired in the impact of the neglect to address this issue.

I would appreciate any help you can give me in obtaining adequate, affordable insurance. 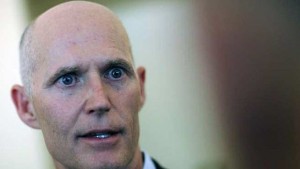 “The advocacy group Physicians for a National Health Program estimates that “private insurance bureaucracy and paperwork consume one-third (31 percent) of every health care dollar. Streamlining payment through a single nonprofit payer would save more than $400 billion per year, enough to provide comprehensive, high-quality coverage for all Americans.”” http://www.stltoday.com/news/opinion/editorial/article_97afa329-42f8-5f12-adb0-97fa305c3e4b.html

(Former health care executive) “Gov. Rick Scott, a critic of the federal health care overhaul, is paying less than $400 a year for health insurance for himself and his wife.”
http://www.dailykos.com/story/2011/08/11/1005803/-Rick-Scott-Getting-Govt-Provided-Health-Insurance-For-Less-Than-$400-Per-Year